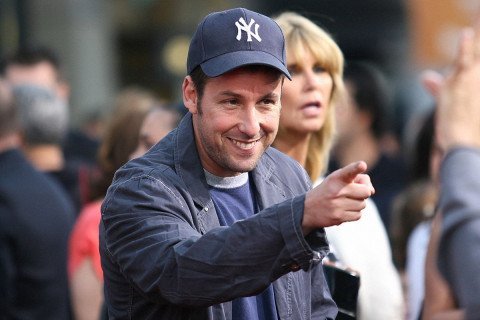 If you had told me, when I was first watching Billy Madison, that I was watching one of the most bankable movie stars of the next 20 years, I would not have believed you.  Adam Sandler was silly, obnoxious, absurd and, well, funny.  But I did not see this as an act someone could ride for more than one movie or two.

I would have been wrong.  Way wrong.

For years, Adam Sandler has made movies and money at the box office.  He has had some really fun movies (Happy Gilmore, Waterboy and Grown ups) and he has made some bad ones (think Grown ups 2).  But whether you like Sandler or not, I think he has several things to teach us about business.

Do What You Do:  Sandlers first movies were obviously not Academy Award winners.  But he found a formula that worked, and he stuck to it.  He was the goofy underdog that overcomes in the end.  Then, obviously a sports lover, he started making silly movies about sports.  He found his niche, and did not try to be something he was not.

Lesson:  Find your niche.  Be authentic.

Have A Crew:  One thing that always catches my eye with Sandler movies, is he has a consistent group of friends that he works with.  Sure, he is obviously buddies with Chris Rock, David Spade and Kevin James.  But his other cast of characters comes with him on nearly every project too.  When you have a crew you enjoy working with (and trust), keep working with them!

Lesson:  Find a team you trust…and stick with them.

Be Willing To Fail:  Though I enjoy some of Sandler’s movies, he has certainly has had some stinkers (Jack and Jill and Little Nicky come to mind).  But each of these has involved him trying something and taking some creative risks.  The fact is, once people hit a certain level of success, many people don’t want to try something new.  They don’t want to fail.  I love that Sandler is willing to try some off the wall things.  They either work, or they don’t.  But he is already off to something new.

Lesson:  Take creative risks.  Failure is not the end of the world.

Let Others Shine:  As I mentioned, Sandler clearly likes working with friends.  He has even created a production company that produces movies that he is not even in!  He lets some of his other friends take the lead and showcase their talents whether he is involved on screen or not.

Lesson:  You don’t always have to be center stage.  Let others have the spotlight.

Be Willing to Branch Out:  Once he established himself in Hollywood, I like that Sandler did do some more family friendly movies.  Though he still has his core characters, he has done some movies that the whole family can enjoy.

Lesson:  Once you have a track of success, continue to grow. The most successful people, in any arenas, can teach us lessons we can emulate.  Adam Sandler has created an amazing career that nearly anyone could envy.  And best of all, it seems like he enjoys it too.   Bravo.

Make sure you never miss an update!  You can find most of our content at our blog page here.  Or you can  Become a VIP here.  We take all of the content we create each week and put it in one email for you!  Sign up here.

Kirby Hasseman is the CEO of Hasseman Marketing & Communications. Kirby hosts a weekly Web show called Delivering Marketing Joy where he interviews business leaders from around the country. Kirby has published four books. His most recent is “Fan of Happy.” His book, called "Delivering Marketing Joy" is about doing “promo right” and is perfect for people in the industry and customers. He also wrote “Think Big For Small Business” and “Give Your Way to Success. All are available on Amazon.
← Everyone Has A Voice Will THIS Work? I Have No Idea. →