What’s The Worst Thing That Can Happen with a Branded Beach Towel? 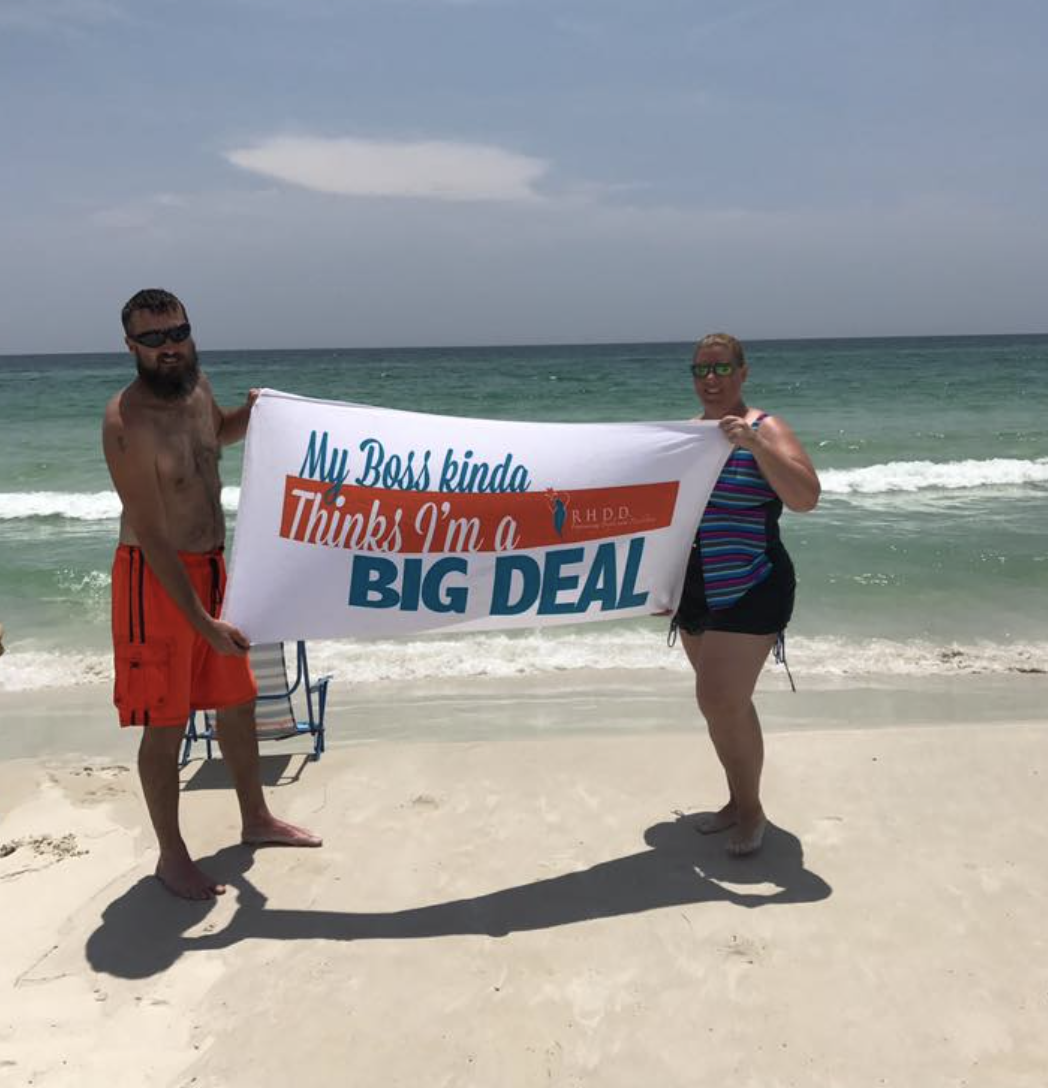 When I first got into the promotional industry, I had a sales trainer (who also happened to be my dad) ask me a simple question.  “What is the worst thing that can happen to a promotional product?”  Being the young smartass I was (as opposed to the older one I am now), I grabbed the calendar he was holding out, looked at it, and then threw it in the trash can in the corner.

Smiling.  He looked up at me and said “Exactly!”

He went onto explain that I noticed the promotional item.  I looked at it.  Then I discarded it.  “That is the worst thing that can happen to a calendar (or any piece of branded merchandise).  But that is the best thing that can happen with most other advertising!”  This might sound like a simple story, but it has powerful implications for your marketing.  When you are deciding how to market, you should consider the results you get with promo and other advertising.

I tell you that story to tell you this one.  Sometimes there are problems when ordering branded merchandise.  I have actually talked about that before here.  So let me tell you about the time a Beach Towel order went sideways…and what happened.

I met with one of my favorite clients.  Lisa Reed, Executive Director at RHDD, and I have a great relationship.  I work hard to understand her business.  She talks about that here.  In addition, she asks me to push her on deadlines.  She has so many details in her brain running RHDD (an amazing organization that serves people with Developmental Disabilities) that sometimes she needs me to help keep her on task on promotional projects.

I tell you this because of what happened next.

Lisa and I had discussed getting beach towels to recognize her team.  She wanted to do something other than just her logo.  She wanted a message recognizing how much she appreciated her team.  We had bounced around a few ideas and landed on a message that said “My boss kinda thinks I am a big deal!”  We had our theme and worked on a design to make it fun on the towel.  In addition, we had discussed our deadline.  Lisa had an event where she wanted to hand the towels out…and it was coming up quickly.

I sent over the proof for approval and did not hear back.  As I mentioned, Lisa is super busy, so I sent another reminder.  Still nothing in response.  After I sent the proof over a third time with no response, I was starting to get nervous.  The deadline was coming up fast.  I got a message from the supplier that if we did not the proof approved today, they would not have their towels on time.

So I made the decision to approve the towels.

Lisa was gracious and kind.  It was my mistake.  While I was trying to do the right thing to take care of my client (and keep them on deadline) I had most certainly over-stepped.  But after seeing the towels, she decided to give them to her team anyway.  At the designated event, Lisa and her leadership team gave the towels to her employees.  The response at the event was great…but then something cool and unexpected started to happen.

One by one, when her employees went on vacation, they started to post pictures of themselves on the beach with their new towels!  Without being asked, the team tagged RHDD on Facebook to show how much their boss “thinks they are a big deal!”  For an organization that is proud of their employees, this was magic. 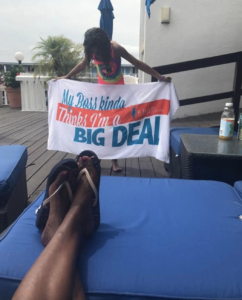 While the situation was not ideal (I will never do that again), the outcome was really great.  It does go to show you that, when you recognize your employees using beach towels (or other branded merchandise), good things happen.  Even when the delivery does not go as planned, the outcome really can be powerful.

Special thanks to Lisa Reed for her leadership and understanding on this project!  If you are looking for a great place to work that really does value their team, you can learn more about RHDD here.

And if you want to discuss an appreciation project for your team, let’s talk!

Kirby Hasseman is the CEO of Hasseman Marketing & Communications. Kirby hosts a weekly Web show called Delivering Marketing Joy where he interviews business leaders from around the country. Kirby has published four books. His most recent is “Fan of Happy.” His book, called "Delivering Marketing Joy" is about doing “promo right” and is perfect for people in the industry and customers. He also wrote “Think Big For Small Business” and “Give Your Way to Success. All are available on Amazon.
← Is It Okay To Post Content More Than Once? Katlyn McIntire Takes On Graphic Designer Role at Hasseman Marketing →