But That’s Not Fair! 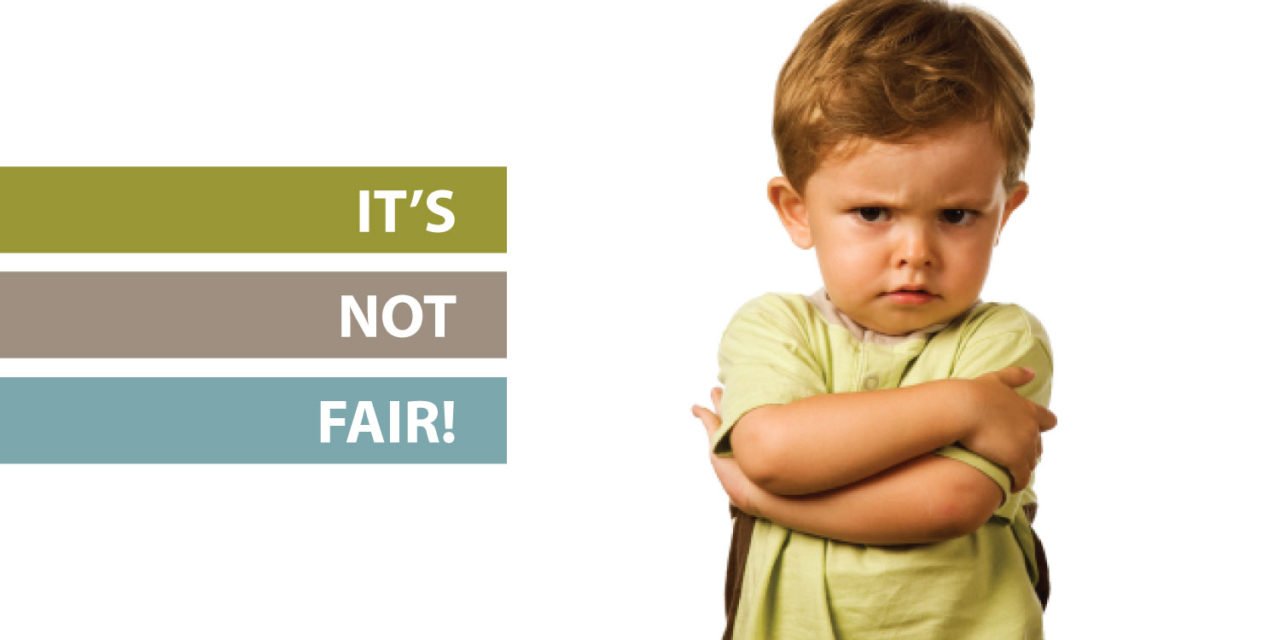 I wrote a post recently about Colin Kaepernick and the idea that his actions and words did not align.  He has been saying (for nearly 3 years) that he wants a job in the NFL, and when given the recent opportunity to workout for teams, he pulled out at the last minute and did a workout on his own.  To me, his words were saying one thing, but his actions said another.  The lesson for the rest of us, I thought, was that we need to make sure our words match our actions, if we want to be successful in our goals.

While the post was met with lots of positive feedback, the push back came in from the respectful (saying I was misinformed) to the insulting (saying I was a knucklehead and a racist).  In short, most of the disagreement came down to a simple message.  “It’s not fair.”

Let me be clear, there has been so much bad blood between the NFL and Colin Kaepernick, that I could not cover it in this blog.  It would take a book.  Kaepernick supporters will tell you that the NFL has not acted in good faith.  They were not transparent.  Indeed, the NFL had other motives all along.  The NFL, after all, is the bad guy here.  In other words, “It’s not fair.”

To that I respond with a simple question.  “So?”

I stand by my statement that, at the end of the day, Kaepernick says he wants a job with one of the 32 NFL teams.  If you really want that opportunity, you do what it takes to get it.  You go to whatever interview.  You workout when asked.  If your words say you want the job, your actions need to match them.  That is all.

Life is not fair.  If you want to reach a goal, you go after it anyway.

It never seems fair when the largest company in your space has more buying power and more leverage.  And yet, if you want to compete, you have to go to market anyway.

When my oldest daughter wanted to be a professional dancer, she drove 2 hours to an audition, was allowed to do an 8 count of dance with 60 other dances, and was dismissed.  It wasn’t fair.  There is no way they could have really known her ability in those 6 seconds.  And yet, if she wanted to be a professional dancer, she had to suck it up and go to the next audition.

It’s not fair that a small local competitor is willing to undercut you on every bid.  Despite the fact that you provide better service and quality, it’s not fair that your customer sees you as equals!

You may look at the the system and decide you don’t want to compete.  You may feel the need to change the game or get out entirely.  A select few might want to re-think their tactics and try to compete in a different way.  It’s your call.  But the market does not care if “it’s not fair.”

When it comes to chasing your goals and dreams, the lesson is simple (but not easy).  Go after it.  Show up.  Do the work.  Or don’t.  It’s your call.

Make sure you never miss any content.  We have video, blogs and podcasts here on our blog.  You can also sign up to be a VIP.  Each week we send out an email update with all of the content for the week.  You can sign up for that here.

Kirby Hasseman is the CEO of Hasseman Marketing & Communications. Kirby hosts a weekly Web show called Delivering Marketing Joy where he interviews business leaders from around the country. Kirby has published four books. His most recent is “Fan of Happy.” His book, called "Delivering Marketing Joy" is about doing “promo right” and is perfect for people in the industry and customers. He also wrote “Think Big For Small Business” and “Give Your Way to Success. All are available on Amazon.
← Bring Me Another Thought Ask Bigger and Better Questions →