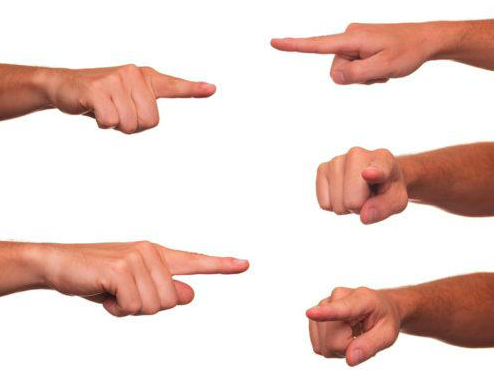 It was several years ago and I had just come from a community meeting.  I walked into a local retailer and started talking to the nice woman behind the counter.  The topic changed to the local “First Fridays” event that was hosted on Main Street.
The idea of the event was simple.  The First Friday of each month, retailers would stay open later, there would be food, and entertainment on Main Street and (hopefully) people would come down and enjoy.  I loved the concept of the event and was involved with helping to plan it.
The woman started to make suggestions about the event.  It went something like this…
‘
“They need to have it earlier in the day.”
“They need to start it sooner in the year.”
“They need to have more food.”
They.  They.  They.  They.
Having just come from a meeting about First Fridays, I stopped her.

She had a confused look on her face, so I explained.  “It’s not an exclusive group.  We don’t get paid.  Frankly, we don’t often even get invited!  It’s just a group of people willing to do something.”
The conversation ended there.
That’s how it happens so often.  There is a long list of people willing to bitch, moan and complain about things.  This group does not like how things are and are willing to tell everyone about it.  But when asked to help, they get quiet or disappear.
Don’t be that guy or gal.
If you see something that you are frustrated with in your community, start considering what YOU can do about it.  Sure, it might be calling “the authorities.”  But it might be something you can do on your own.
Are they weeds too high downtown?  You could pull them.
Does one of your neighbors let their grass grow too high?  You could help them mow it.
Is there trash along the side of the road?  You could pick it up.
You may not want to.  You may even be thinking “that’s not my job.”  Maybe not.  But you COULD do it.  So if you could do it, and you don’t do it…it’s a choice.
The same is true for any area of your life.  If you want something to change, you could wait around for someone to change it for you.  Or, you could figure out what needs to change, and take action yourself.
It’s your choice.  Choose wisely.
Make sure you never miss an update. Head to our blog here.  We update content all of the time!  Or you can sign up to get an email each week.    Sign up for our VIP newsletter here.

Kirby Hasseman is the CEO of Hasseman Marketing & Communications. Kirby hosts a weekly Web show called Delivering Marketing Joy where he interviews business leaders from around the country. Kirby has published four books. His most recent is “Fan of Happy.” His book, called "Delivering Marketing Joy" is about doing “promo right” and is perfect for people in the industry and customers. He also wrote “Think Big For Small Business” and “Give Your Way to Success. All are available on Amazon.
← A Coshoctonian Night To Remember The New Website Is Here →